You are here: Home > Rants

Thanks to Downtown Comics in Indianapolis, and Dodge from MOKB’s ability to purchase comics, I was able to catch Tron Legacy in 3D at the Indianapolis State Museum’s iMax Theatre Monday night.

I must say, it was a worthwhile experience. I definitely recommend watching the original before you go, as the film is not only full of eye candy and epic action, but nods to the original film as well. The plot is what you’d expect from the trailers, and not much more, but I left wanting more; which tells me Disney has definitely set Tron up for a new franchise.

My only criticism is the Jeff Bridges CGI. I’ll try to not to spoil anything – let’s just say that sometimes it works, and sometimes it doesn’t.

As I mentioned, it is worth seeing at the iMax if you can. This was the first feature I’ve enjoyed in that experience, and I’ll look to do it again. The 3D in the film is tasteful and enveloping, and helps bring the viewer into the new, updated world of The Grid.

The Indianapolis State Museum iMax is raffling off a working vintage Tron arcade game as well during the run, so be sure to enter the contest, and throw a big Tron themed party if you win. 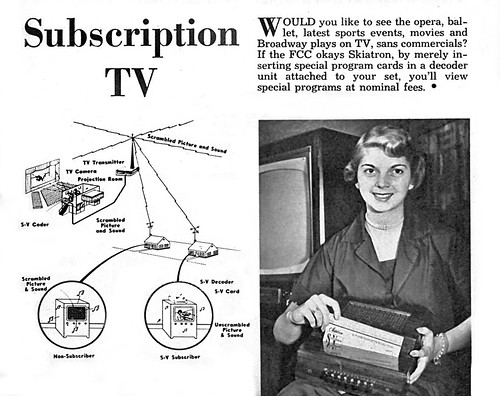 This is part 2 of 3 of my Home Entertainment Trilogy, where I detail out my journey to home entertainment awesome. You can read part one here.

In 2006 I screwed everything up by buying a Mac Mini. I intended to use it to stream media to a TV, only I forgot one thing.

It would be more accurate to say that I did not have a decent television. I was aware that connecting a computer to a tube television was a terrible idea, but having recently purchased my first home, I needed a computer more than I needed a large flat panel LCD television.

When I brought the Mac Mini home, I ran all sorts of cables, bought a DVI splitter, and tried just about everything I could think of before I realized my obviously poor judgment.

I should have bought an iMac, or simply saved up for a new TV.

Eventually I made right my mistake, and took the plunge. In 2008 I bought a 42 inch Sony Bravia. I rushed home, tore open the box and hooked everything up. Once I made my TV purchase the floodgates of new HD awesome and apps and online video amazing-ness started to pour out of the world. I downloaded the Hulu Desktop App, Plex, Boxee, and everything else.

After all of this it became quite apparent that my Mac Mini was three years old, and not able to provide the horse power required to run everything I wanted it to run, and I was really starting to look at the PS3 and blu-ray with envy.

I still wasn’t happy. The pieces were there, but the performance wasn’t. It was then I started to consider the (at the time) rumored new Apple TV.

Next Week – how I got my content organized and omnipresent (sorta). 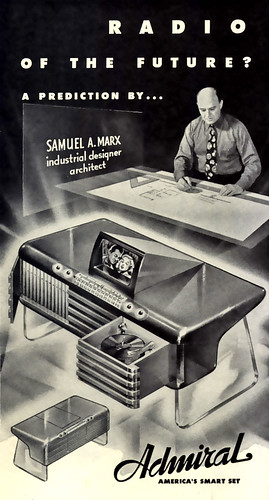 I recently bought a new AppleTV, but this post was originally drafted when the new AppleTV was merely a rumor. Henceforth, I’ve had to adjust it many times. Here it is though, part 1/3 of my home entertainment saga.

Many moons ago I saw the future, and the future was a flat panel TV in my living room hooked up to a small footprint computer. Providing stunningly intuitive access to all of my music, movies, TV shows, pod-casts, photos, and news – it made all of my entertainment dreams come true.

I’d like to share the story of how I have finally arrived in this future.  I have noticed a common thread of threes in this experience, so I will be breaking this post up into a three part series, one a week until Christmas!

When I wrote “many moons” earlier, well… that was 2003 – the year that I first bought an iPod and the year I truly became an Apple geek. I vividly remember standing  on my back porch speaking on my Sony Ericsson cellphone (it could use iSync over bluetooth to keep my contacts up to date!)

“I can’t wait until this is all in one device…” I told my good friend Matt Mansueto.

Looking back, I should have bought Apple stock the moment those words left my lips. Seven years later I still don’t own Apple stock – but I have owned many iPods, three iPhones, an iPad, a MacBook, a MacBook Pro, and a Mac Mini.

These three posts aren’t all about Apple gadgets, though (maybe only 90%). Next week I’ll let everyone in on how I did it wrong, but ended up right. 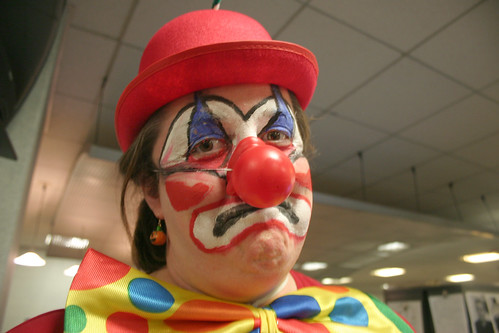 Well, the cobbler’s kids and all that – last week my website went down.

I’ve been going through a process throughout the last year of consolidating some various web properties I own, shutting down experiment sites, consolidating blog posts, setting up new hosting, and transferring domains. Kind of a year long housecleaning project that I have placed on myself.

Well, that is all well and good, except that last week I really screwed up something. I forgot to renew brianwyrick.com.

It seems stupid, it seems obvious, and believe me, I swore at myself many times that day, but here is how it happened. 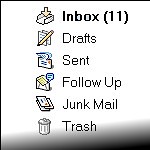 I have not used brianwyrick.com for email in quite some time – I have however, traditionally had a catch all address for this domain that I monitored and let SPAM fall into. I registered brianwyrick.com almost 10 years ago – when I registered it, lord knows what email address I used. During my cleaning, I moved the DNS for this site to my shiny new DreamHost account. When I logged in back in May, I noticed that I still had some time on my registration, but my intent would be to move the registration at a later date. I should have moved it then.

After deciding to move the DNS to DreamHost, I opted to set up a Google Apps account for all mail going to @brianwyrick.com – at my old host I had an in-box set up and mail was forwarded to my main address, and I had just completed moving all of the leftover mail to that account.

Since I don’t really use brianwyrick.com for email, I don’t really mind not getting all of the SPAM – I realized later that I have yet to complete that, so I do (If memory serves, there was an account I needed to adjust that was using brianwyrick.com) I finish the Google Apps set up and set my forward and life goes on, hunky dory.

I don’t remember when all of this happened, and I don’t know if it they really did, but I will give Register.com the benefit of the doubt that this entire time they were sending renewal emails to an email address at brianwyrick.com.

It was my fault – I assume they where sending me emails. I didn’t get them. I didn’t renew my domain. It expired. I didn’t notice until I when to my site and it was gone. I will admit that, but here is what I wish would have happened.

Register.com had to get a message back saying the email had failed. They have other ways to contact me. I wish they would have called or sent a letter. If they has sent a letter, it honestly would have went to the wrong address, since my information was so out of date. I would have gladly updated that, had they attempted at any time in the past few years to get in touch about updating it.  I realize that it isn’t their fault they had bad information, but I would think they would want to attempt to keep it current. Hell, they could have just checked brianwyrick.com and found a million ways to contact me.

I’ll admit a bit of a panic fell over me when I saw my site was down – I immediately attempted to transfer to DreamHost. A few minutes later, when my wits came about me, it occurred to me that I would not be able to do that, so I logged into Register.com to renew.

I forgot how expensive they are. Goodness.

I logged into the chat to talk to a sales rep and asked directly if I could be waived the 25 dollar reinstatement fee and if I could register my domain for 9.95 instead of 35 dollars. I also asked if I could get free private registration, since that was the deal at DreamHost. I was told no.

I pressed until I got the domain for 35, without the reinstatement fee and opted for no private registration (I will be transferring to DreamHost when I can). Now my site is up and running again and and all is well, or so I thought.

I’ve had my site since before I cared about search – but for the past 5 or so years, I have used my name and Google as a play ground for SEO. Today I searched for my name and found that my site was already blown away and gone. This was terribly disappointing, and I am glad that google has already re-indexed my site – but as you can see from the screen shot above, all was not well over the weekend.

This has been a great way to get down to the root of the problem I had, and honestly a great experiment in what happens when sites fail, and how fast search positions can be lost and (hopefully) be re-gained. I would still like to know why it takes Google so long to re-index 301 re-directs though. Anyone know?

I saw many things.

I had intended these to be tweets from the state fair, but things where happening too rapidly, so I spoke them into Jott.  Now it is 2009, and another trip has been made.  This year I was too busy witnessing the sheer joy of a 4 year old on the Tilt a Whirl to pay any attention to the other ridiculousness, so I will share my observations from the past.

“Hey fair band – we don’t need the bios of the whole band, save it for your Wikipedia page” – This actually turned into a funny idea for my wife’s “Save it for your blog” shirts.

“Favorite part of the fair? They guy yelling “HEY!” at a crowd of thousands of people and expecting his friend to respond.”

“I am so glad that we picked High School Cheerleader day to come to the fair.”

“Excuse me sir, you weigh 450 lbs, easy. Maybe the Mountain Dew isn’t such a good idea.”

“High School kids are playing the pick up the duck game… and they don’t get it. Pick up a duck. Pick out a prize. It is for 3 year olds.”

Next year I will try to be a bit quicker on the draw. I did manage to tweet out that MC Hammer was playing though.